To succeed in today’s global marketplace and win sales against foreign competitors, exporters must offer their customers attractive sales terms supported by appropriate payment methods. Because getting paid in full and on time is the ultimate goal for each export sale, an appropriate payment method must be chosen carefully to minimize the payment risk while also accommodating the needs of the buyer.

With cash-in-advance payment terms, the exporter can avoid credit risk because payment is received before the ownership of the goods is transferred. Wire transfers and credit cards are the most commonly used cash-in-advance options available to exporters. However, requiring payment in advance is the least attractive option for the buyer, because it creates cash-flow problems. Foreign buyers are also concerned that the goods may not be sent if payment is made in advance. Thus, exporters who insist on this payment method as their sole manner of doing business may lose to competitors who offer more attractive payment terms.

Letters of credit (LCs) are one of the most secure instruments available to international traders. An LC is a commitment by a bank on behalf of the buyer that payment will be made to the exporter, provided that the terms and conditions stated in the LC have been met, as verified through the presentation of all required documents. The buyer pays his or her bank to render this service. An LC is useful when reliable credit information about a foreign buyer is difficult to obtain, but the exporter is satisfied with the creditworthiness of the buyer’s foreign bank. An LC also protects the buyer because no payment obligation arises until the goods have been shipped or delivered as promised. 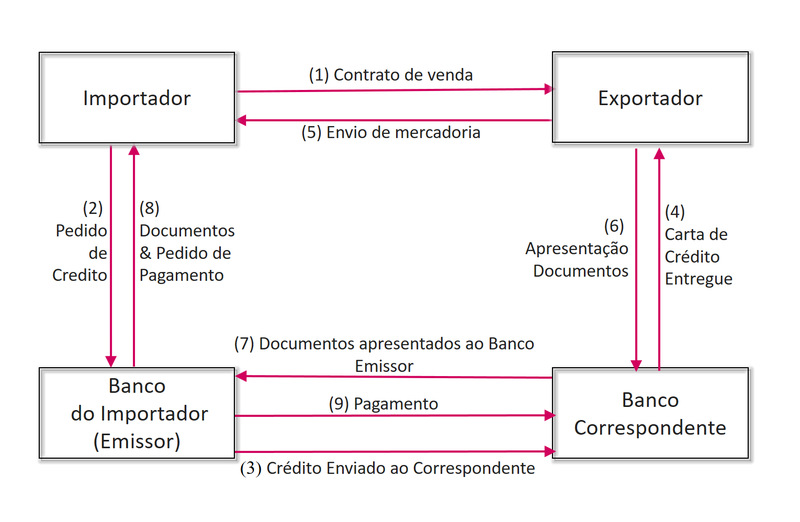 Types of Letter of Credit

There are various types of Letter of Credit used in international transactions.

DA (Usance) or DP LC - A DA LC is a type of letter of credit wherein the payment is to be made on the maturity date in terms of the credit. The documents of title to goods are delivered to the buyer merely on acceptance of documents for payment. The buyer would then make the payment on the due date of the maturity of the LC. DP LCs are types of letter of credit wherein payment is made against documents on presentation.

Restricted LC - A restricted LC is one wherein a specific bank is designated to pay, accept or negotiate the LC.

Standby LC - A standby LC is similar to performance bond or guarantee, but issued in the form of a LC. The beneficiary of a standby LC can submit a claim by means of documentary evidence, as stipulated in the LC document.

Revolving LC: In a revolving LC, the applicant would be allowed to use the LC facility again based on drawings made and payment made against the LCs.

A documentary collection (D/C) is a transaction whereby the exporter entrusts the collection of a payment to the remitting bank (exporter’s bank), which sends documents to a collecting bank (importer’s bank), along with instructions for payment. Funds are received from the importer and remitted to the exporter through the banks involved in the collection in exchange for those documents. D/Cs involve using a draft that requires the importer to pay the face amount either at sight (document against payment) or on a specified date (document against acceptance). The draft gives instructions that specify the documents required for the transfer of title to the goods. Although banks do act as facilitators for their clients, D/Cs offer no verification process and limited recourse in the event of non-payment. Drafts are generally less expensive than LCs.

The importer needs the shipping documents to clear goods on arrival. The bank holds the documents until the importer pays for the goods.

This is called a "sight" payment, sometimes known as "Documents against Payment" or "D/P".

Air freight companies usually release goods to the importer immediately, even though they may not have paid.

The importer needs the shipping documents to clear goods on arrival. The bank holds the documents until the importer undertakes to pay for the goods at a later date.

This is called a "term" payment, sometimes known a "Documents against Acceptance" or "D/A".

An open account transaction is a sale where the goods are shipped and delivered before payment is due, which is usually in 30 to 90 days. Obviously, this option is the most advantageous option to the importer in terms of cash flow and cost, but it is consequently the highest risk option for an exporter. Because of intense competition in export markets, foreign buyers often press exporters for open account terms since the extension of credit by the seller to the buyer is more common abroad. Therefore, exporters who are reluctant to extend credit may lose a sale to their competitors. However, the exporter can offer competitive open account terms while substantially mitigating the risk of non-payment by using of one or more of the appropriate trade finance techniques, such as export credit insurance.

Our site saves small pieces of text information (cookies) on your device in order to deliver better content and for statistical purposes. By browsing our website you grant us permission to store that information on your device. For more information check our Terms and Conditions.